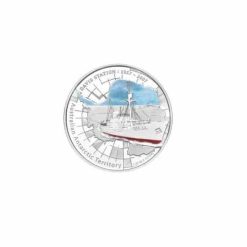 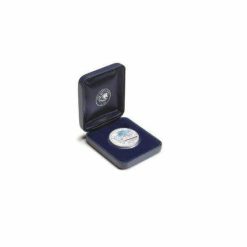 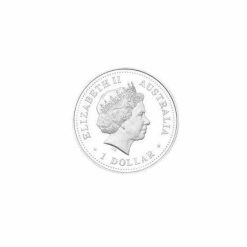 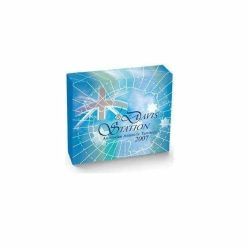 Proof Quality 99.9% Pure Silver
The coin is struck from 1oz of 99.9% pure silver in proof quality.

Coloured Reverse Design
The main design, which appears within the outline of Antarctica, is symbolic of the site of Davis Station on the coast of the ice-free Vestfold Hills. The coloured image also portrays the ice breaker Kista Dan, which was instrumental in the establishment of both Davis and Mawson Stations. The design incorporates the inscriptions ‘DAVIS STATION: 1957-2007’, ‘Australian Antarctic Territory’ and The Perth Mint’s traditional ‘P’ mintmark.

Presentation Packaging
The coin is housed in a blue-coloured presentation case, which comes within a stylish outer shipper, accompanied by a numbered Certificate of Authenticity.

Limited Mintage
No more than 7,500 individual 1oz silver coins will be released by The Perth Mint.