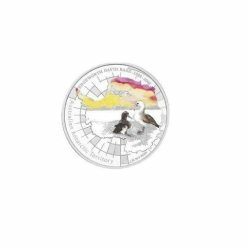 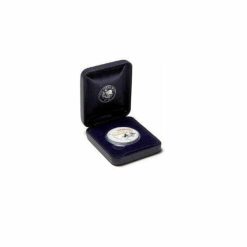 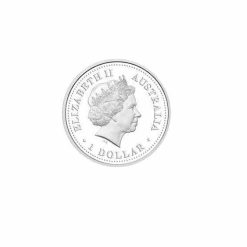 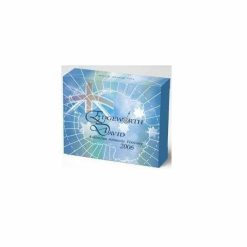 The third release from The Perth Mint’s popular Australian Antarctic Territory Series celebrates the establishment 20 years ago of the Edgeworth David summer base, which lies 85 kilometres inland from the Shackleton Ice Shelf in the Bunger Hills area. The base is named in honour of Australian geologist and explorer Sir Tannant William Edgeworth David, who led the first successful ascent of Mount Erebus, Antarctica’s only active volcano, and led the first team to reach the Magnetic South Pole during Shackleton’s famous expedition of 1907.

Proof Quality Pure Silver
Like its sought after predecessors, this coin is struck from 1oz of 99.9% pure silver in proof quality.

Coloured Reverse Design
The main design, which appears within the outline of Antarctica, is symbolic of the site of Edgeworth David, where permanent sea ice is suitable for use as an aircraft runway. Coloured elements include an Albatross and its chick, as well as the inscriptions ‘EDGEWORTH DAVID BASE:1986-2006’, ‘Australian Antarctic Territory’ and the Mint’s traditional ‘P’ mintmark.

Presentation Packaging
Each coin is housed in a blue-coloured presentation case, which comes within a stylish outer shipper. A numbered Certificate of Authenticity accompanies each coin.

Limited Mintage
No more than 7,500 individual 1oz silver coins will be released by The Perth Mint.