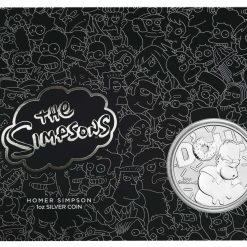 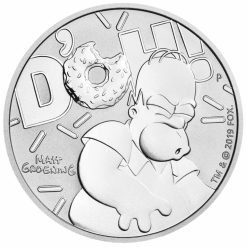 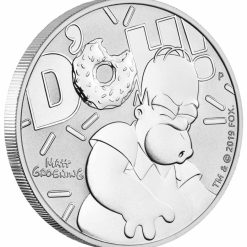 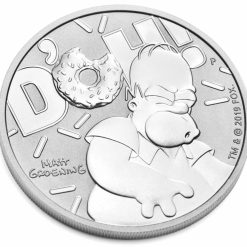 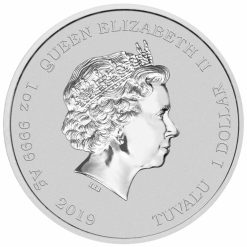 The Homer Simpson 2019 1oz Silver Coin is housed in a black presentation card.