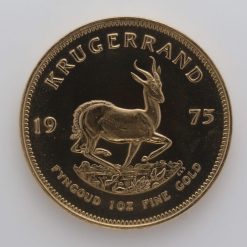 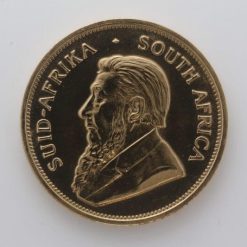 The South African Gold Krugerrand was introduced in 1967 as the official bullion coin of South Africa, and became the first commemorative gold bullion coin on the market as a vehicle for private gold ownership.

South African Gold Krugerrand coins were the first bullion coins issued legal tender status, but they do not bear a face value engraving on them. The obverse image of Paul Kruger, the four-term President of the South African Republic, was created for this coin in 1967.

The reverse image of the springbok, a native antelope species and national symbol of South Africa, was created by Coert Steynberg. This image had previously appeared on the reverse side of South African five shilling coins. Inscriptions on both sides of the coin are featured in the local Afrikaans dialect and English. 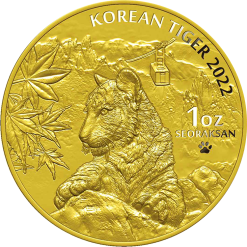