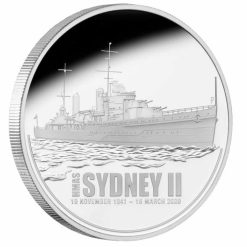 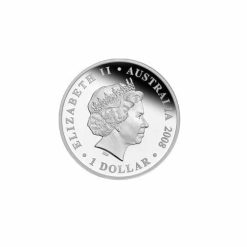 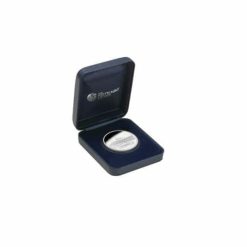 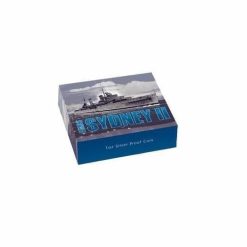 Australian Legal Tender
Befitting HMAS Sydney II’s enormous historical and cultural significance, the coin is issued as legal tender under the Australian Currency Act 1965. The Ian Rank-Broadley effigy of Her Majesty Queen Elizabeth II and the 2008 year-date appear on the coin’s obverse.

Extremely Limited Mintage
The Perth Mint will strike no more than 7,500 of these coins, of which just 5,000 will be released individually. The remaining 2,500 are available in a stunning Coin, Medallion and Badge Set.