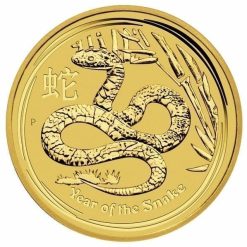 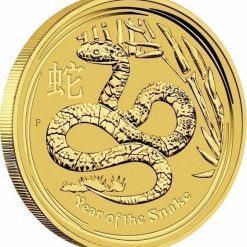 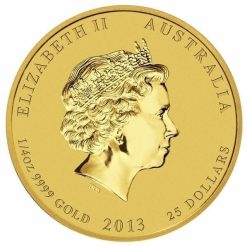 In 2013, the spectacular and popular Australian Lunar II Gold Coin Series celebrates the Year of the Snake, the sixth animal in the twelve year cycle of the Chinese zodiac.

These superb releases are perfect for people born in ‘snake’ years.

Stunning Snake Reverse Designs
The reverse of each coin depicts a representation of a snake with bamboo, signifying good health, wisdom and prosperity. The Chinese character for ‘snake’ and the inscription “Year of the Snake” also appear in the design with The Perth Mint’s traditional ‘P’ mintmark.

Presentation
This 1/4oz Year of the Snake coin is presented in an acrylic capsule.