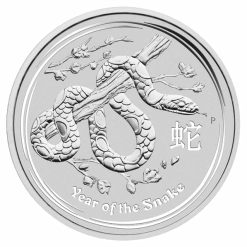 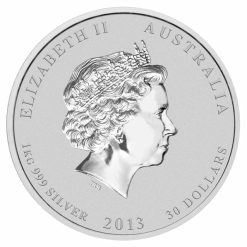 The Australian Lunar series of silver coins epitomises The Perth Mint’s rich tradition of minting bullion coins portraying Chinese themes. The reverse design on this year’s releases marks the 2013 Year of the Snake, one of 12 animals associated with the ancient Chinese lunar calendar.

The coins depict a snake curled around a tree branch. The Chinese character for ‘snake’ and the inscription ‘Year of the Snake’ also appear in the design with The Perth Mint’s traditional ‘P’ mintmark.

Struck by The Perth Mint from 1kg of 99.9% pure silver, each coin is issued as legal tender under the Australian Currency Act 1965, the undisputed guarantee of its weight and purity.