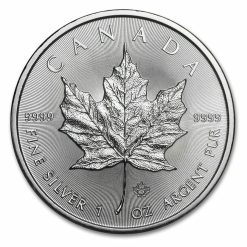 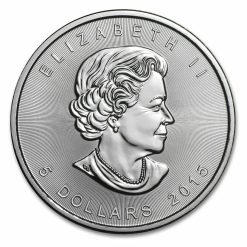 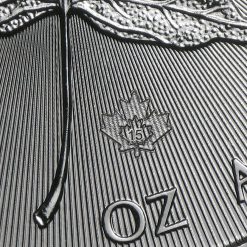 The 2015 1 oz Silver Maple Leaf features a new form of security though the Royal Canadian Mint’s Bullion DNA program. The Bullion DNA program offers the highest security on the market for any bullion coin. Each bullion coin features a textured maple leaf security privy mark, micro-engraved with laser technology and is visible only under magnification. Etched within the maple leaf security mark are the two digits indicating the coin’s production year. Each micro-engraving is encoded, scanned and recorded at the mint for future authentication giving each coin their unique Bullion DNA.