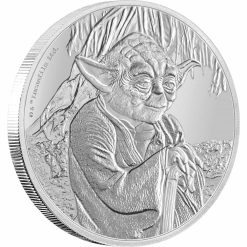 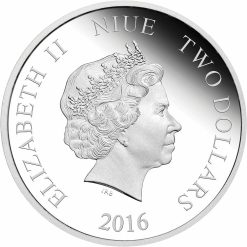 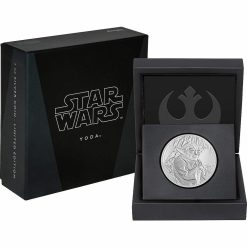 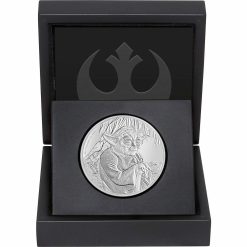 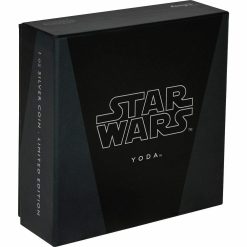 After its release in 1977, Star Wars captured the hearts and minds of a generation around the world.

Following on from the 2015 Star Wars Classic release of Han Solo, The Perth Mint is delighted to present Yoda as he appeared in the timeless film Star Wars: The Empire Strikes Back, the second instalment in the original Star Wars trilogy.

In the days of the Old Republic, Jedi Master Yoda was the most wise and powerful of all Jedi. Diminutive and unassuming, Yoda had no equals in his keen insight into the Force, or in his agile skill with a lightsaber. For over 800 years, Yoda instructed young Jedi and instilled them a profound sense of discipline, strength, and unity.

Star Wars Yoda Design
The reverse of the coin features the Jedi Master Yoda in a scene training Luke Skywalker in the ways of the Force on the swamp planet of Dagobah.

Niue Legal Tender
Issued by New Zealand Mint as legal tender under the Pacific island of Niue, the obverse of each coin features the Ian Rank-Broadley effigy of Her Majesty Queen Elizabeth II, the monetary denomination, and the 2016 year-date.