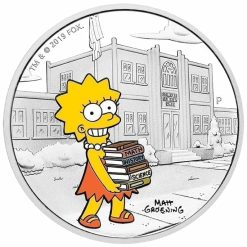 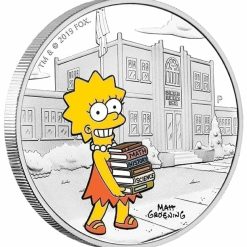 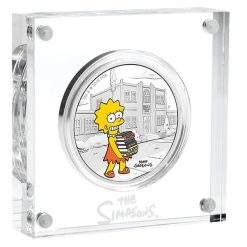 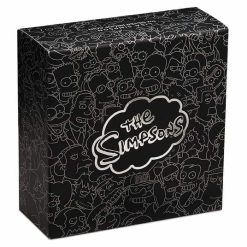 First introduced in 1987, The Simpson family originally appeared in 30-second segments on The Tracey Ullman Show. Two years later, The Simpsons premiered as a half-hour series and instantly became a worldwide pop-culture phenomenon, now seen in 60 countries in 20 languages. In 2018,The Simpsons reached an incredible milestone becoming the longest-running prime time scripted show in television history.

DESIGN
The coin’s reverse portrays a coloured image of Lisa Simpson happily holding a stack of books in front of Springfield Elementary School. Included in the design is The Perth Mint’s ‘P’ mint mark and Matt Groening’s signature.