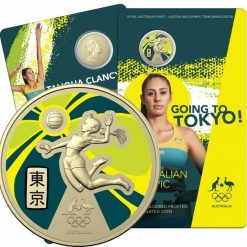 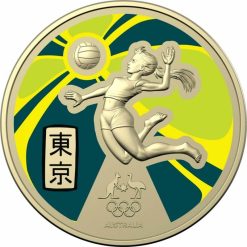 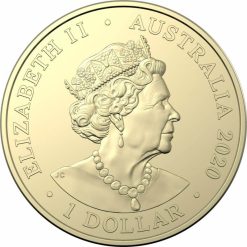 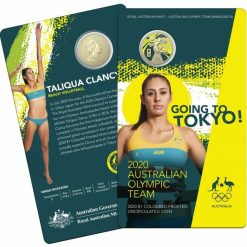 The 2020 Tokyo Olympic Games will be held from 24 July to 9 August, with elite athletes from around the world joining to compete in a range of sporting events. The modern summer Olympic Games, held every four years, were first held in Athens in 1896, based on the ancient games held in Olympia, Greece. Australia has participated in every modern Olympic Games since 1896.

The Royal Australian Mint is honoured to support our Olympic athletes. The Mint’s 2020 Olympic Games Ambassador is beach volleyball player Taliqua Clancy. At Rio in 2016 Clancy was Australia’s first Indigenous Australian to participate in the Olympics in beach volleyball. She is a passionate and dynamic player who works as a mentor to upcoming Indigenous athletes.