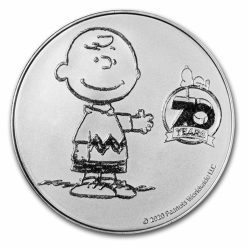 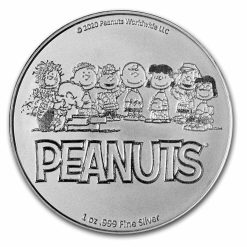 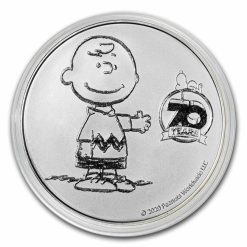 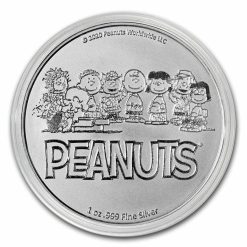 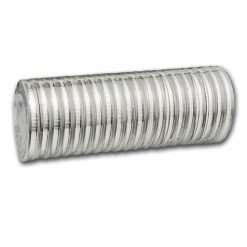 The obverse of each coin depicts an officially licensed image of Charlie Brown standing with arm extended next to the official Peanuts 70th Anniversary logo with Snoopy laying on top.

PRESENTATON
Each bullion coin comes in individual capsules. Multiples of 20 come in a sealed roll.