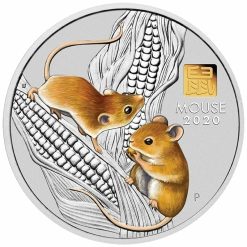 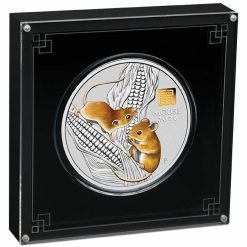 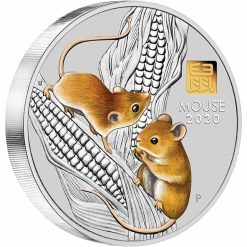 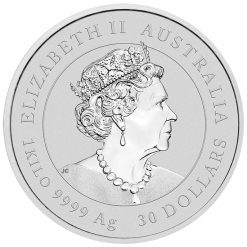 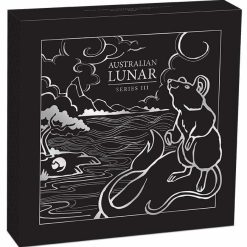 A prestigious collectable crafted from 1 kilo of 99.99% pure silver and featuring a 1-gram gold insert, this flawlessly struck coin is a rare release with no more than 388 available.

The unique tribute to the legendary lunar calendar portrays the first animal in the zodiac in vivid colour and enshrines the Chinese character for ‘mouse’ in pure gold.

Those born under the sign of the Chinese lunar mouse in 2020, 2008, 1996, 1984, 1972 and every 12th preceding year, are said to be smart, resourceful, adaptable and kind. Possessing a rich imagination and strong intuition, mice rely on quick wits and an enterprising nature to find opportunities for success in almost all endeavours.

Struck by The Perth Mint from 99.99% pure silver, the coin is issued as legal tender under the Australian Currency Act 1965.

The Perth Mint will release no more than 388 of the 2020 Year of the Mouse 1 Kilo Silver Coin with Gold Privy Mark.

DESIGN
The coin’s reverse portrays two coloured mice foraging on husks of corn. Also included in the design is a 1-gram pure gold privy insert portraying the Chinese character for ‘mouse’, the inscription ‘MOUSE 2020’ and The Perth Mint’s ‘P’ mintmark.