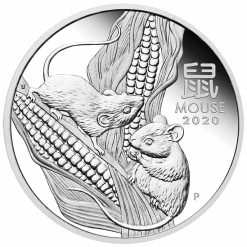 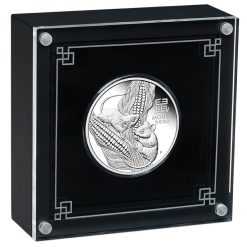 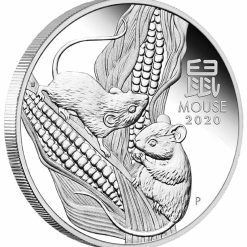 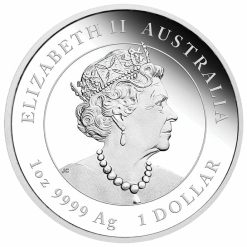 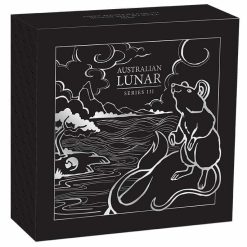 The coins are issued as legal tender under the Australian Currency Act 1965.

DESIGN
Each coin’s reverse portrays two mice foraging on husks of corn. Also included in the design is the Chinese character for ‘mouse’, the inscription ‘MOUSE 2020’ and The Perth Mint’s ‘P’ mintmark.

PRESENTATION
Each individual coin and three-coin set is housed in a classic display case with a clear lid decorated with a silver geometric design. The case is packaged in a beautifully illustrated shipper portraying the story of how the mouse became an animal of the zodiac and is accompanied by a numbered Certificate of Authenticity.