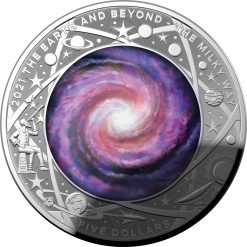 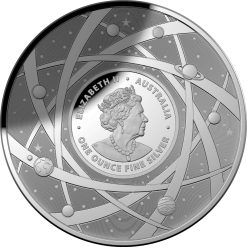 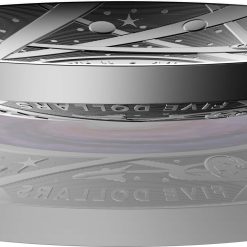 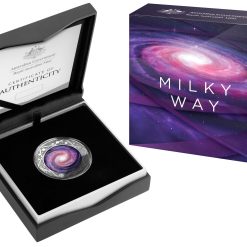 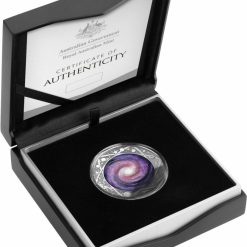 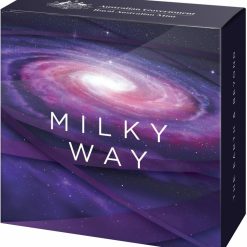 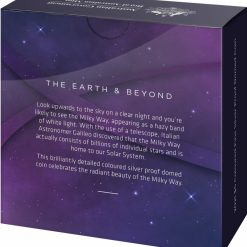 SKU: 10639 Categories: 1 OZ Silver Coins, Silver, Silver Coins Brand: Royal Australian Mint
Live Spot Prices
Latest
This stunning silver proof coin showcases the majesty of our galaxy – the Milky Way. Featuring a unique dome shape and cosmic colour print with limited mintage; they’ll be as rare as a meteor shower or blue moon. Coin collectors and space enthusiasts will delight in the Royal Australian Mint’s follow up to the Earth and Beyond series.
Planet earth, surrounding planets and the sun are located in a galaxy known as the Milky Way. The galaxy received its name because it looks like milk spilt across the sky. A galaxy is a gravity-bound collection of stars, gas and dust.
NASA estimates the Milky Way is home to about 100 billion stars and that it takes 250 million years for the sun to go all the way around the middle of the galaxy.
From earth the Milky Way looks flat but if there was a way to see it from above it would look like a giant spiral, spanning about 200,000 light years. In 2013 UK scientists found the Milky Way has four arms not two.
In 1610, Italian astronomer and physicist Galileo Galilei studied the Milky Way through his rudimentary telescope and was the first to observe it consisted of individual stars.