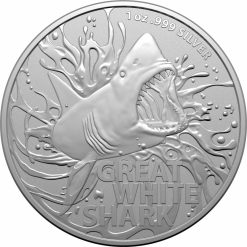 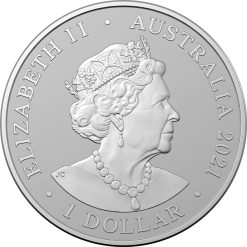 The Great White Shark (Carcharodon Carcharias) is one of Australia’s most feared creatures, yet relatively little is known about them because of their elusive behaviour. Immortalised in cult classic, Jaws, the Great White Shark is the world’s largest known predatory fish and can grow up to six metres long. With up to 300 teeth across several rows and that replace themselves over the sharks lifespan, the Great White Shark tears its food into chunks before swallowing the pieces whole.

This apex predator is named after its white belly and features a grey upper body. Cruising at about 40 kilometres an hour, the Great White can propel itself up to 56 kilometres an hour in short bursts, such as when attacking its prey. They have been known to jump out of the water, breaching like a whale. While the predator has been found along Australia’s east, south and west coastlines, human interactions with the shark are relatively rare. With Great White Shark numbers thought to be decreasing, they are a protected species in Australia.

PRESENTATION
Each coin comes in a protective capsule in sealed rolls of 10. There are 240 coins to a box.