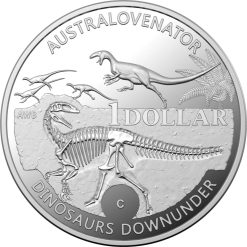 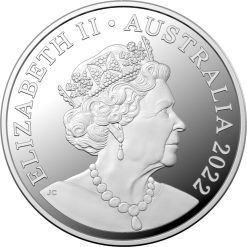 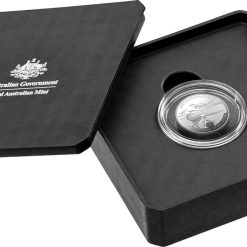 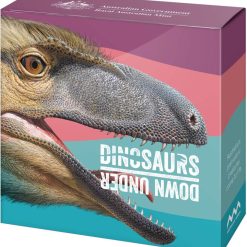 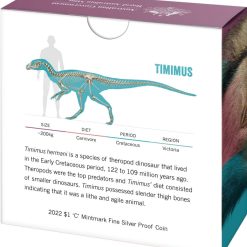 In 2022 dinosaur aficionados will be excited to see a suite of coins featuring the Australian megaraptor – the Australovenator.

Timimus hermani is a species of theropod dinosaur that lived in the early Cretaceous period, 122 to 109 million years ago. Theropods were the top predators and Timimus’ diet consisted of smaller dinosaurs. Timimus possessed slender thigh bones indicating that it was a lithe and agile animal

Australia was located closer to the South Pole at the time and the continent would have experienced cold, dark winters.

Size: ~200kg
Diet: Small dinosaurs
Discovery: The species was discovered in 1991 at “East Site” within Dinosaur Cove, Victoria by a team from Museum Victoria.
Age: 122.46 to 109.0 million years ago (early Cretaceous period)