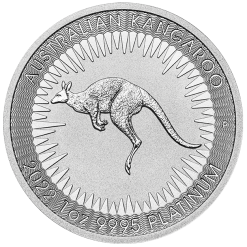 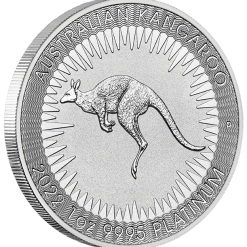 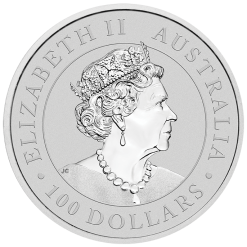 The Australian kangaroo is a large marsupial endemic to Australia. Identified by its muscular tail, strong back legs, large feet, short fur, and long, pointed ears, the animal has become a much-loved national icon.

Struck by The Perth Mint from 1oz of 99.95% pure platinum, this coin is issued as legal tender under the Australian Currency Act 1965 and has an unlimited mintage.

The reverse of the platinum kangaroo coin depicts the classic artistry of a bounding red kangaroo surrounded by rays of sunlight. The inscription ‘AUSTRALIAN KANGAROO’, The Perth Mint’s ‘P’ mintmark, the 2022 year-date, and the weight and purity are also included in the design.

The coin’s obverse bears the Jody Clark effigy of Her Majesty Queen Elizabeth II and the monetary denomination.

Each platinum bullion coin is presented in a protective acrylic capsule. 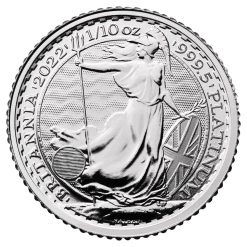