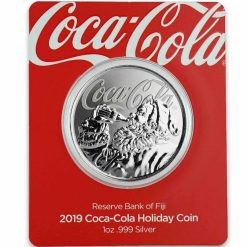 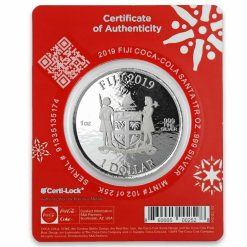 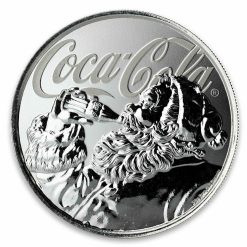 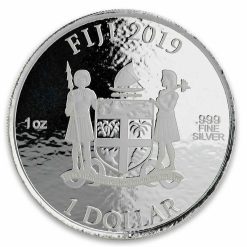 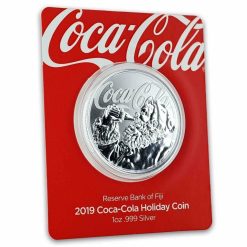 Santa Claus and Coca-Cola are global pop culture icons that have been intertwined in holiday advertising since the 1920s, so much so that Coca-Cola actually helped to shape the image of Santa Claus as we picture him today.

The obverse of the coin features the iconic image of Santa Claus enjoying an ice-cold Coke. The detailed artwork is skillfully sculpted and struck in crisp, pure silver. The original image was painted by artist Fred Mizen in 1930 for a Coca-Cola ad and depicted Santa in a crowd drinking a bottle of Coke.

On the reverse, you will find the Fijian Coat of Arms over a textured backdrop of soft, drifting snow, a nod to the poem ‘Twas the Night Before Christmas ( A Visit from St. Nicholas ): As you tilt the coin back and forth in the light you will recall the line from the poem: “The moon, on the breast of the new-fallen snow, gave a luster of midday to objects below…”

This coin truly will light up your Christmas and makes the perfect gift for anyone who loves Christmas or Coke, which just about covers all of humanity.

These special edition holiday coins are manufactured and distributed by Scottsdale Mint, are legal tender in Fiji, and have a limited mintage of only 25,000 pieces. Each weighing one troy ounce, struck in .999 fine silver, these coins ship in Scottsdale Mint’s patented Certi-Lock security and authentication packaging.