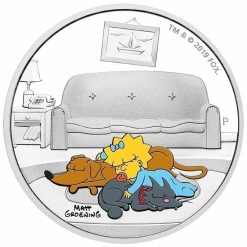 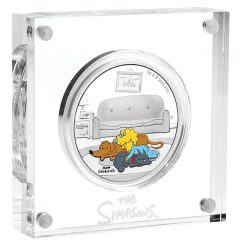 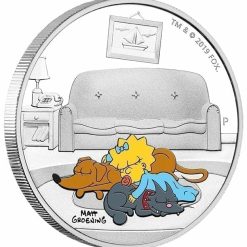 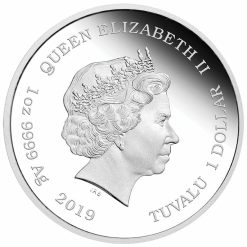 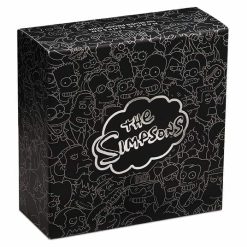 First introduced in 1987, The Simpson family originally appeared in 30-second segments on The Tracey Ullman Show. Two years later, The Simpsons premiered as a half-hour series and instantly became a worldwide pop-culture phenomenon, now seen in 60 countries in 20 languages. In 2018, The Simpsons reached an incredible milestone becoming the longest-running primetime scripted show in television history.

DESIGN
The coin’s reverse portrays a coloured image of Maggie Simpson sleeping on the floor of the family living room with the Simpsons’ pets, Santa’s Little Helper and Snowball II. Included in the design is The Perth Mint’s ‘P’ mintmark and Matt Groening’s signature.