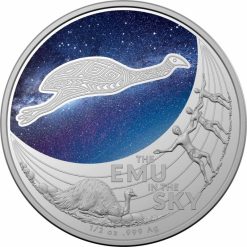 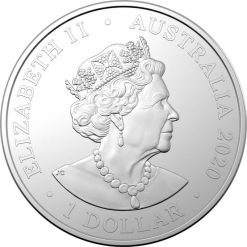 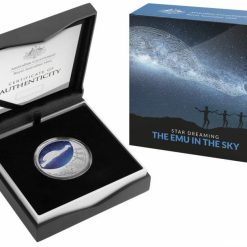 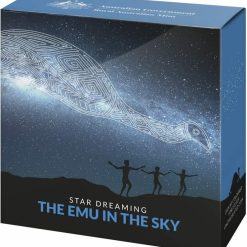 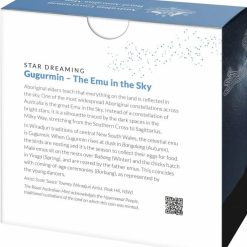 The majesty and wonder of the Emu in the Sky constellation is captured in the art of Wiradjuri artist Scott Towney on this stunning silver uncirculated coin. The constellation is a silhouette traced by the dark spaces in the Milky Way, stretching from the Southern Cross to Sagittarius.

Australian Aboriginal culture dates back more than 65,000 years and is considered the oldest civilisation in the world. Indigenous Australians are believed to be first astronomers. For tens of thousands of years, the stars have been their maps, weather predictors, calendars, timekeepers and lent a backdrop to important storytelling.

Across the country there are different stories about the emu constellation. In the Northern Territory one tale tells of a blind man banishing the spirit of the emu to the sky after his wife died trying to collect eggs. In the Ku-ring-gai Chase National Park near Sydney, there is an Aboriginal engraving that appears to match the Emu in the Sky constellation.

The orientation of the emu constellation changes throughout the year. Sometimes the emu appears to be running or sitting. This helped some tribes know whether it was emu hunting or egg collecting time.