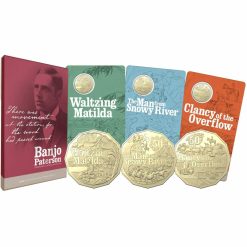 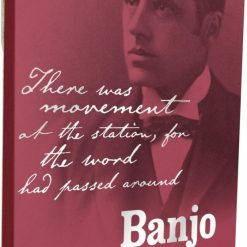 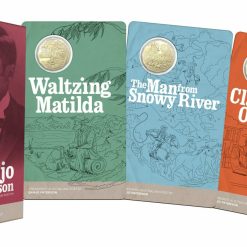 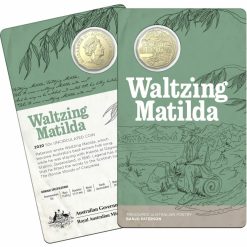 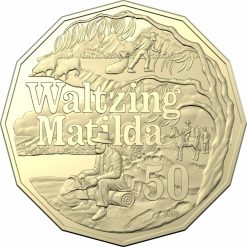 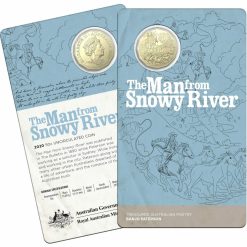 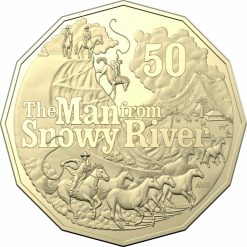 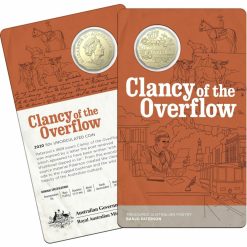 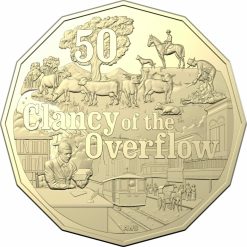 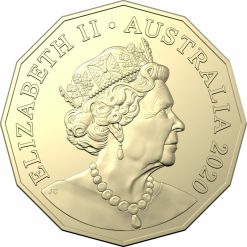 Three of the most beloved poems by Australian bush balladeer ‘Banjo’ Paterson are featured in this set of three 2020 50 cent uncirculated coins; Waltzing Matilda, The Man from Snowy River, and Clancy of the Overflow. The set will appeal to collectors, poetry lovers and those mesmerized by the romance of the Australian bush.

Paterson’s verse is noted for its romantic and dramatic depictions of life in the Australian bush, and especially for the caricature of the Australian bushman, defining him as a bold, independent man of action, and also an anti-establishment larrikin. This legendary figure has contributed strongly to the development of Australia’s national character, including the Australian Digger of the two World Wars.

Paterson’s verse is still greatly beloved today and Waltzing Matilda is regarded by many as Australia’s unofficial anthem. His work has inspired artworks and films, and his image appears on Australia’s $10 note.

Coins found at bottom of Image 1 are NOT to scale.