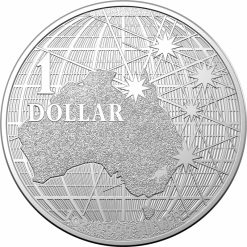 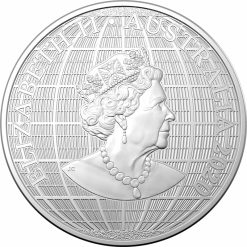 Beneath the Southern Skies is a stunning investment coin series that pays homage to Stuart Devlin, who designed many of Australia’s circulating coins. One of Devlin’s early drafts featuring the Australian continent alongside the iconic Southern Cross has been retrieved from the Royal Australian Mint’s archives and re-imagined for this new series. These silver coins are minted to .9999 purity.

In 1964, as Australia prepared to switch from pounds to dollars, the artist Stuart Devlin won a competition to design the country’s first decimal coins.

One of Devlin’s early drafts featured a view of the Australian continent alongside the iconic Southern Cross constellation. More than fifty years later, this design has been retrieved from the Royal Australian Mint’s historic collection and re-imagined for the current release.

Unseen in the Northern Hemisphere, the Southern Cross constellation has guided travellers and explorers, inspired poets and musicians. It has been a symbol of loyalty and rebellion and remains one of the most meaningful and recognisable features in the southern skies.