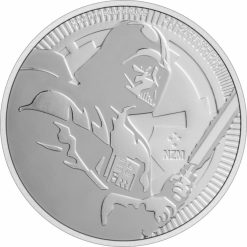 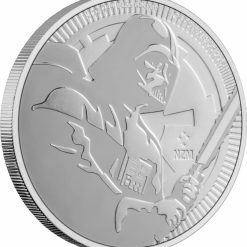 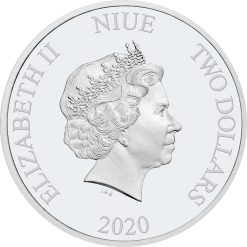 For 2020, the Star Wars Darth Vader 1oz silver bullion coin features an officially licensed, close-up image of Darth Vader with his Lightsaber, which is polished and frosted. He is set against a light frosted background that features the Imperial logo.

Darth Vader was originally known as Anakin Skywalker in the STAR WARS franchise and was a Jedi warrior prophesied to bring balance to the Force. However, he became a leading force of disruption and evil when he was turned to the dark side of the force by Palpatine. Like many evil characters though, Vader earns redemption following an encounter with his son, Luke Skywalker.

The obverse of each coin features the Ian Rank-Broadley effigy of Her Majesty Queen Elizabeth II, the 2020 year date as well as the monetary denomination.

PRESENTATON
Individual coins are presented in a Swan Bullion plastic flip. There are 25 coins to a tube and 10 tubes to a monster box (250oz total).