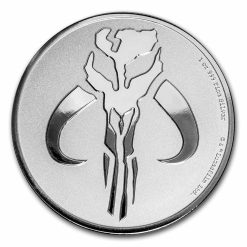 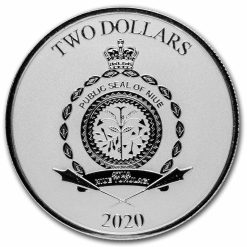 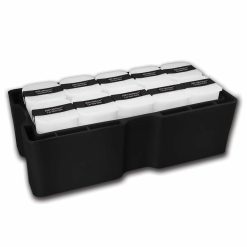 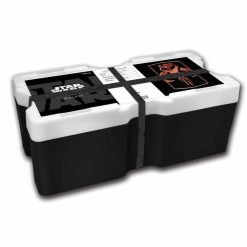 The Mythosaur was a large and powerful dragon-like creature native to the Mandalorian homeworld of Mandalore in the Outer Rim. Upon the arrival of Mandalore the First, the Mythosaurs became a challenging target for early Mandalorians to test their battle skills. Eventually they were driven to extinction, but their ferocity and size has made them a key part of Mandalorian legends. Today, the symbolic representation of a Mythosaur skull is used as the official Mandalorian sigil.

The reverse features the officially licensed “Mythosaur” skull sigil of the Mandalorians as seen in The Mandalorian Show on Disney + and on coins in the game of Sabacc seen in the movie Solo: A Star Wars Story. The reverse also features the metal content, purity, and the Lucasfilm copyright for further authentication.

The obverse displays the Niue coat of arms along with the face value and the year of issue.