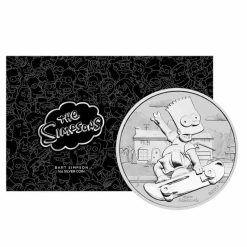 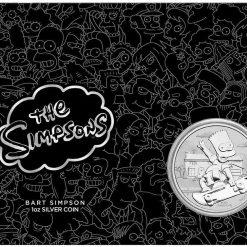 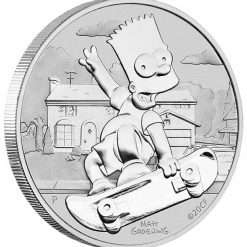 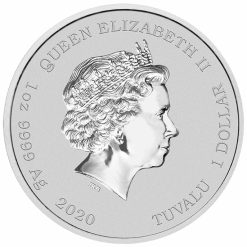 DESIGN
The reverse of the coin depicts a representation of Bart Simpson riding his skateboard in front of the Simpson’s family house. The design also includes Matt Groening’s signature and The Perth Mint’s ‘P’ mintmark.

The Ian Rank-Broadley effigy of Her Majesty Queen Elizabeth II, the 2020 year-date, the coin’s weight and fineness and the monetary denomination are depicted on the coin’s obverse.

PRESENTATION
The Bart Simpson 2020 1oz Silver Coin is housed in a presentation card.