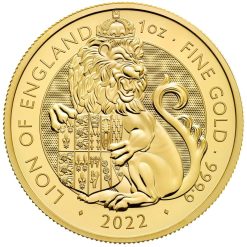 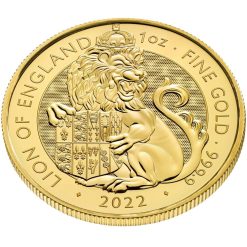 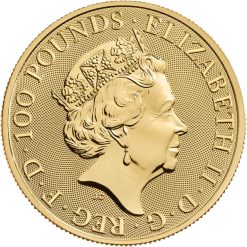 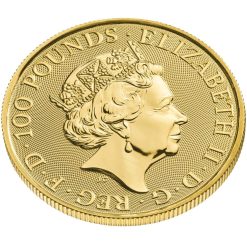 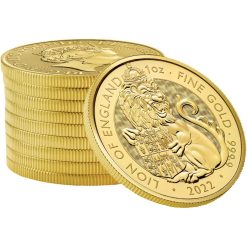 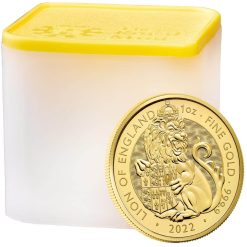 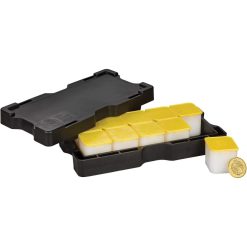 When the House of Lancaster overcame the House of York following the Wars of the Roses, a formidable dynasty was born. Henry VII, following his matrimonial union with Elizabeth of York to unite the houses, was keen to emphasise the legitimacy of his reign. He looked to the medieval tradition of heraldry to display motifs and symbols wherever possible, reinforcing his rightful position on the English throne to his subjects as well as rival claimants.

Ten stone beasts line the Moat Bridge, representing the lineage of Henry VIII and his third wife, Jane Seymour. Consisting of real beasts and mythical creatures, The Royal Mint is honouring these heraldic symbols of one of the nation’s most powerful dynasties with The Royal Tudor Beasts Collection.

The Tudor Beasts Collection will consist of The Seymour Panther, The Lion of England, the Bull of Clarence, the Tudor Dragon, the Greyhound of Richmond, the Royal Dragon, the Yale of Beaufort, the Seymour Unicorn, the Queen’s Panther, and the Queen’s Lion over the next five years.

The Lion of England

A brave and ferocious lion has featured on the shield of England for as long as it has existed. The lion represents English courage, strength, dignity and pride – traits that no animals native to the country at the time seemed to possess. The Lion of England assumed royal beast status in the early twelfth century during the reign of Richard I (1189–99), when heraldry was formally established. Used by Henry VIII as his dexter supporter, which means it appears on the viewer’s left-hand side, the Lion of England remains an iconic heraldic symbol to this very day, and perhaps in modern times is more representative of Britishness rather than Englishness. One of the first beasts to flank the parapets of the Moat Bridge of Hampton Court Palace, the crowned lion supports a shield bearing the impaled arms – a combination of two coats of arms – of Henry VIII and Jane Seymour.

The obverse features the effigy of Her Majesty Queen Elizabeth II, designed by Jody Clark, with the inscriptions “D . G . REG . F . D . 100 POUNDS . ELIZABETH II” around the edge of coin. There is a chain mail background texture adorning the obverse.

Individual coins are provided in an Air-Tite H32 Direct Fit coin capsule. There are 10 coins to a tube (10oz total) and 10 tubes to a monster box (100oz total).