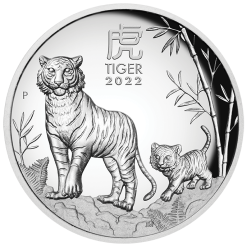 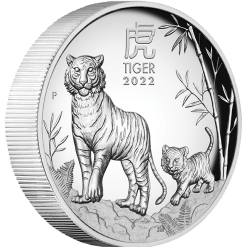 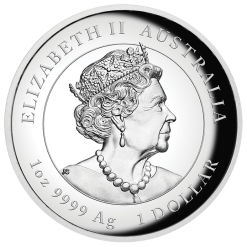 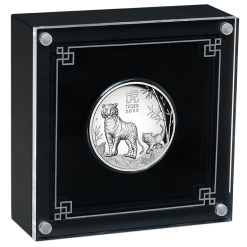 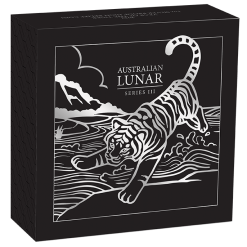 Highlighting the third animal in the Chinese lunar calendar, this 1oz silver proof high relief coin is an impressive tribute to the lunar tiger and represents the very best in minting excellence and design.

Each coin is meticulously struck by The Perth Mint from 1oz of 99.99% pure silver in proof quality.

The Perth Mint will release no more than 3,888 of the Australian Lunar Series III 2022 Year of the Tiger 1oz Silver Proof High Relief Coin.

The coin’s reverse portrays a representation of a tiger cub following its proud and protective parent across a rocky terrain featuring ferns and bamboo. Included in the design is the Chinese character for ‘tiger’, the inscription ‘TIGER 2022’ and The Perth Mint’s ‘P’ mintmark.

The coin is housed in a classic display case with a clear lid decorated with a silver geometric design. The case is packaged in a beautifully illustrated shipper portraying the story of how the tiger became the third animal of the Chinese lunar calendar and is accompanied by a numbered Certificate of Authenticity.