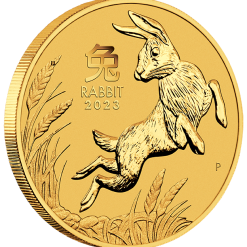 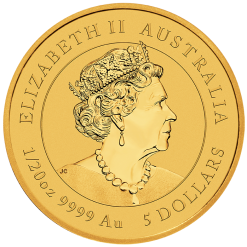 These magnificent gold coins celebrate the Year of the Rabbit, the fourth of twelve animals associated with the ancient Chinese lunar calendar.

No mintage limit applies to the 1/20oz coins. However, production will close at the end of 2023 when The Perth Mint will declare each coin’s official mintage.

Each coin’s reverse portrays a leaping rabbit among grasses with feathery plumes. Included in the design is the Chinese character for ‘rabbit’, the inscription ‘RABBIT 2023’ and The Perth Mint’s ‘P’ mintmark.