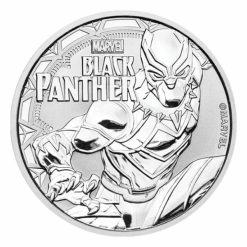 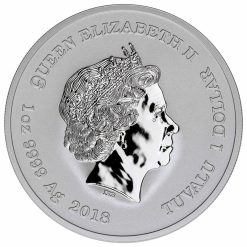 The Black Panther character was introduced by Marvel Comics in the Fantastic Four #52, released in 1966. The character and story line were created by famed writer-editor, Stan Lee and artist, Jack Kirby (superheroes in their own right). T’Challa is the Black Panther. Each step in the path that led to his ascension as King of the (fictional) African nation of Wakanda also created the Black Panther.

DESIGN
The coin’s reverse features a classic image of Black Panther in a menacing pose, ready to strike. The inscription BLACK PANTHER as well as MARVEL is present on the coin.