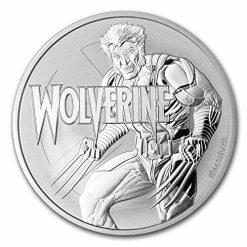 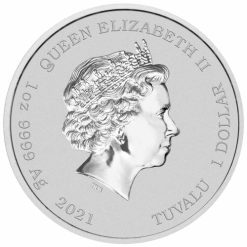 Introducing the 9th release in the Marvel series produced by The Perth Mint is the anti-hero Wolverine. The character known as Wolverine – alias Logan or Weapon X – debuted in 1974 in the release of The Incredible Hulk #180. This character first appeared in the final panel of that release before gaining a much larger role in The Incredible Hulk #181 released in November 1974. Wolverine is a mutant with keen animal senses, incredible physical strength, the ability to regenerate when injured and his iconic claws coated in adamantium.

DESIGN
The reverse displays Wolverine in a powerful pose with his adamantium claws fully extended, donned in his iconic comic book outfit.