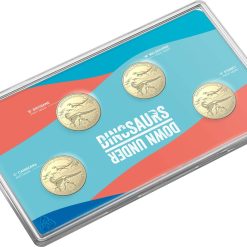 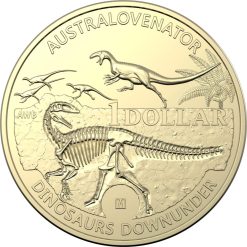 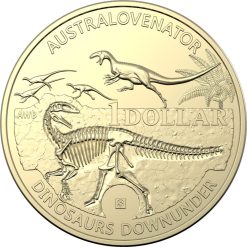 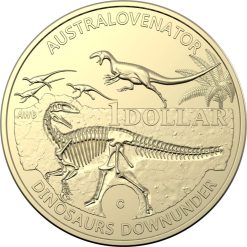 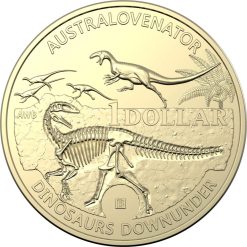 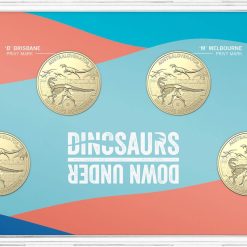 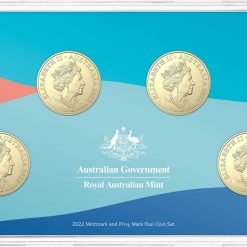 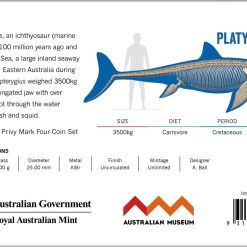 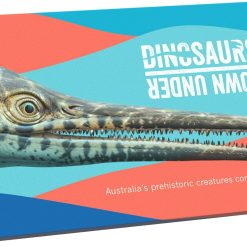 You must register to use the waitlist feature. Please login or create an account
SKU: 10752 Categories: Australian Dinosaurs Down Under, Collector Coins Brand: Royal Australian Mint
Live Spot Prices
Latest

Featuring the fast, lightweight predator Australovenator wintonensis on the coin design, and the ichthyosaur (marine reptile) Platypterygius australis with its distinctive elongated jaw holding over 200 teeth on the packaging, this release captures the impressive nature of Australia’s ancient creatures.

Each coin has a mintmark on it;

Platypterygius australis, an ichthyosaur (marine reptile), lived 105 to 100 million years ago and swam the Eromanga Sea, a large inland seaway that covered much of Eastern Australia during the Cretaceous period. Platypterygius australis weighed 3,500kg and possessed an elongated jaw with over 200 teeth that it swept through the water to catch its prey of fish and squid.

Size: ~3,500kg
Diet: Fish and squid
Discovery: In 1990, Mary Waded studied a wide range of ichthyosaur material from Australia and concluded that the fossils represented a new species.
Age: 105.3 to 99.7 million years ago (Cretaceous period)